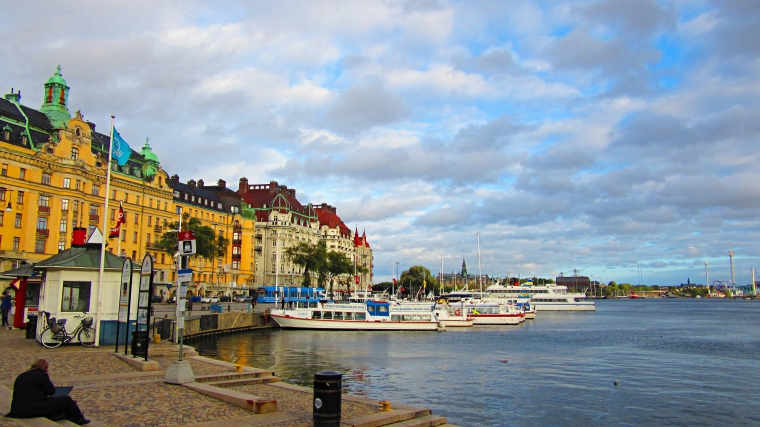 Stockholm is like no other capital in the world. Built on fourteen islands, it rises gracefully from water so clean that you can go swimming or fishing in the very heart of the city. Its waterfront is alive with boats, from ferries to shuttle you around the city to sailboats and yachts that cruise out into the vast archipelago that stretches into the Baltic. Of course getting around doesn’t require a boat–you can walk, bike, drive or take advantage of the city’s impeccable mass-transit system.

One of the many cool things about Stockholm is the architecture.

The origin of the many yellow and orange houses in Stockholm is a decree from the Over-Governor of Stockholm in 1699 which stated that all new stone houses should be yellow in colour. It was not immediately accepted but after being promoted by some of the leading architects of the 1700’s it became predominant and remained so until the 1920’s. 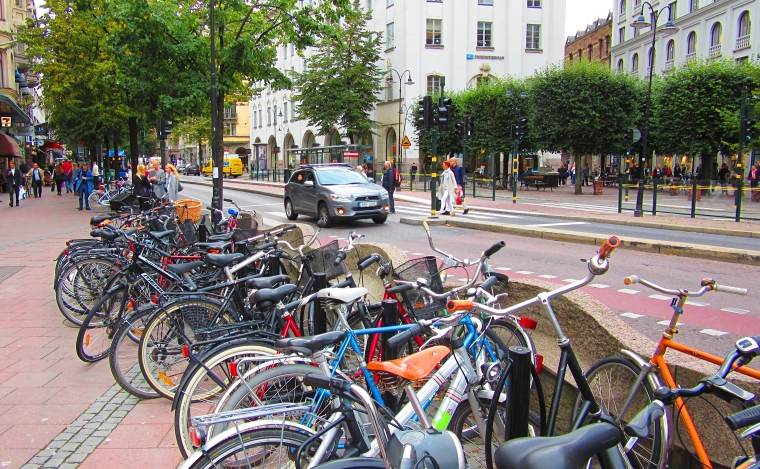 Usually the weather is gray, but the good part about this city is the brightly painted buildings.

As you can see, it was a very cloudy day, and a tiny bit of sun snuck through and fell on the waterfront buildings.

How did you spend your weekend?